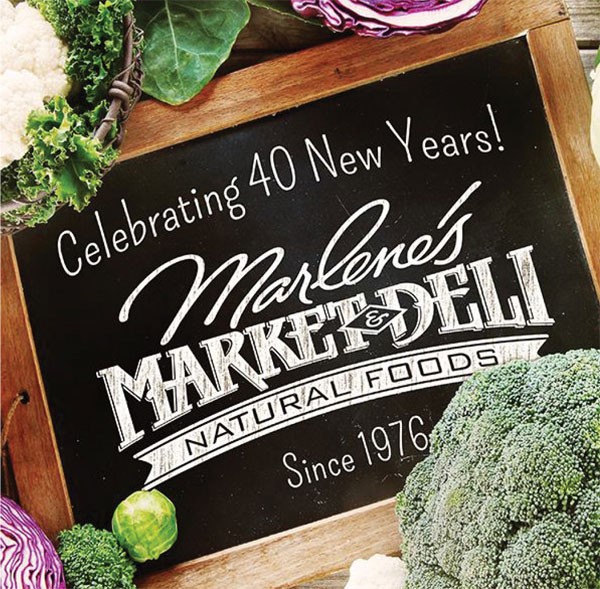 In April 2016, Marlene Beadle celebrated 40 years in business in South Puget Sound. If you’d asked her in 1976 whether she expected her new health food store to be successful, she might have been unsure how to answer. But as the organic sector enters its second decade as the largest growth category in the grocery industry, the only question left is, How has Marlene’s Market & Deli managed to thrive as an independently owned natural market in a landscape where large-scale food chains now dominate?

Perhaps customers love the Marlene’s Tacoma and Federal Way stores because they’re family-owned and operated and the owners live in the communities they serve. Perhaps it is because Beadle, at 83 years old, still comes to work every day.

Maybe it’s because for 40 years, Marlene’s has offered only 100% organic produce with no exceptions. Customers rest easy knowing Marlene’s products have been preselected according to strict standards, like no refined sugars, preservatives or GMOs. Or maybe it’s because the salads, entrées and side dishes in the deli are made entirely from scratch on-site. It could be the free natural-health lectures and weekend cooking classes Marlene’s offers that create lifetime fans of the market and deli.

Then again, Beadle’s commitment to fair trade and local goods might be what motivates people to seek out her stores. Whether shopping for artisan foods or clothing, jewelry and gifts made in worker
cooperatives around the world, customers know their fair trade dollars return to the local economy or small family producers.

Most likely, all of these elements have combined to create the unique, successful and beloved stores in Tacoma and Federal Way known as Marlene’s Market & Deli. Congratulations, Marlene Beadle, on 40 years in business!