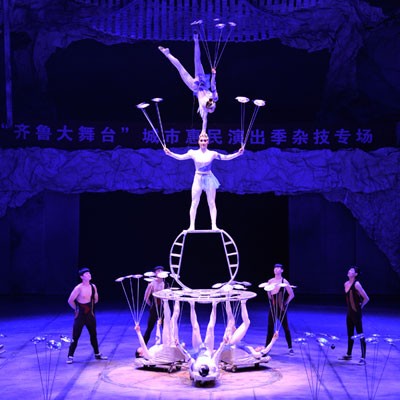 Performance offerings in the South Sound this fall include a huge variety of acts. There’s theater, dance, comedy, music and even some acrobats and a one-of-a-kind clown to keep you on your toes. Come out and support your local arts organizations and enjoy the shows.

For a night at the theater, September will see the opening curtain for two beloved comedic classics. Tacoma Little Theatre will present Obie award winner The Foreigner, which the troupe first presented in 2002 to great acclaim. Neil Simon’s autobiographical tale Brighton Beach Memoirs, at Lakewood Playhouse, will have us laughing as we watch the young writer dream of baseball and girls while dealing with his family in Brooklyn.

This fall’s musical performances kick off with none other than the renowned singer-songwriters Stephen Stills (from Crosby, Stills and Nash) and Judy Collins at the Washington Center on Oct. 2. These two folk icons met 50 years ago, but this is the first time they have toured together. Don’t miss it. Also at the Washington Center in October will be multiple Grammy winner Keb’ Mo’. His reputation as a modern master of American roots music speaks for itself.

In the mood for something spooky around Halloween? Check out BodyVox, a dance theater experience that draws on cinema, folklore and our collective nightmares to bring All Hallows’ Eve to life. For a more traditional tale of spells, cast your sights on the bewitching love story Bell, Book and Candle. It debuted on Broadway in 1950, and this year is at Tacoma Little Theatre.

Out in left field are some performers in a class of their own. Bringing flips and tricks to the stage are the Chinese Warriors of Peking at the Broadway Center for the Performing Arts and the New Chinese Acrobats at the Federal Way Performing Arts Center.

Finally, the Washington Center presents the one and only Puddles Pity Party, also known as the “sad clown with a golden voice.” His YouTube cover of Lorde’s Royals went viral and he became an overnight sensation. This show is packed with a suitcase full of smoosh-ups and accompanied by plentiful hugs.
There is something for everyone on local stages this fall.