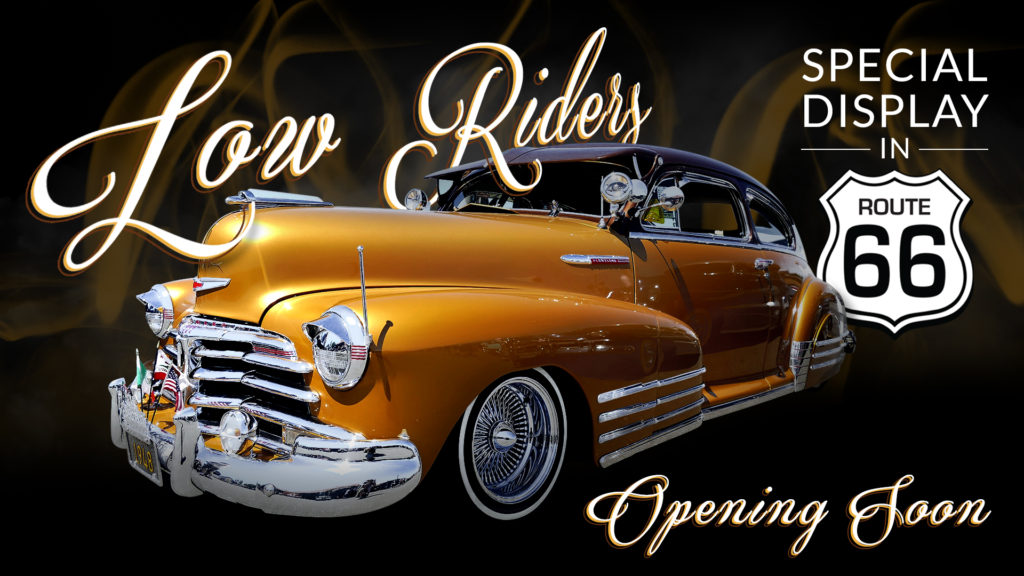 As one of ACM’s rotating exhibits, Route 66 regularly undergoes change-outs and modifications to tell a variety of stories that define different aspects of America’s motoring heritage – this time giving a nod to lowriders that were heavily influenced by Southern California’s Chicano culture during the ’50s, when this then-new type of motoring hobby started. Past Route 66 themes include hot rods, station wagons, convertibles and more.

“When we began planning the next installment of Route 66, our admiration for the Washington lowrider community was important to share with our visitors,” said ACM Curator of Exhibitry Scot Keller. “They are an important part of our automotive heritage.”

To source vehicles for Route 66 ACM turned to the Lows Traviesos Lowriders Club of Washington, and its members stepped up to have their lowriders on display until April 15.

Another element of the exhibit will be a display of lowrider bicycles, a pedal car and a lowrider stroller – each of which are as well-crafted and unique as the cars.

“It’s important that our curatorial efforts not just celebrate the expensive collectible vehicles seen at concours around the world, but that we address a responsibility to display cultural expression through automotive and car culture’s diversity as well,” said Adam Langsbard, CEO of America’s Automotive Trust which oversees ACM.

For more information on the Route 66 display and other current exhibits, visit americascarmuseum.org.