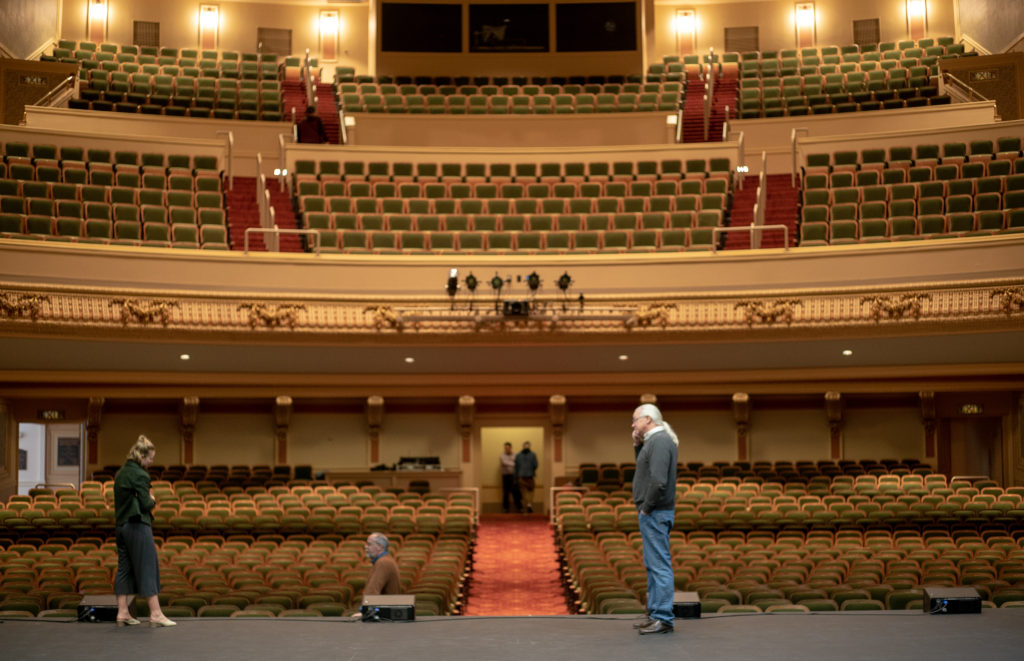 Tacoma not only creates it also celebrates its artistic history.

Slated for the wrecking ball in the 1980s, the historic Pantages Theater located in downtown Tacoma had seen better days. Built in 1918 for vaudeville king Alexander Pantages as part of his theater empire, the beloved theater was in deep decline and neglect. Demonstrating true Tacoma grit, citizens rallied together and saved the performance space that became part of the City of Tacoma and later the Broadway Center for the Performing Arts.

Although the loss of this historic treasure had been adverted, recent patrons, staff and performers have all known that there was much more that needed to be done. Peeling paint, sound from the street and uncomfortable seats were indicators that changes needed to be made.

Completed this November, the most recent renovation returns the inside of the Pantages much closer to its original state and also consists of updates for the safety and comfort of today’s audiences and performers.

From the new color scheme, based on the forensic research of the 22 layers of paint, to the addition of rich decoration to the private boxes that feature rosettes and shells, the Pantages has returned to it’s former glory. Details that had previously been difficult to see have been revealed and the architectural elements have been enhanced.

Modern attendees will appreciate features such as wider seats, cup holders, a new center aisle, fewer stairways, new handrails and lighting. What patrons won’t see are the new seismic and safety updates that will preserve the theater’s structure and integrity should an earthquake hit. Additionally, the acoustics of the space have been greatly improved with the elimination of the carpeting that previously absorbed sound and newly built floors.

With the busy holiday season right around the corner, now is the perfect time to see for yourself the glorious Pantages while attending a live performance.  Come down to the Theater District and celebrate! Hilary Ryan