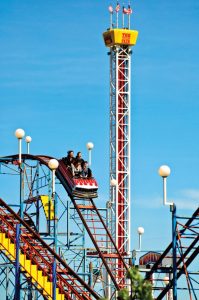 Step right up, folks! The Puyallup Fair has announced a legal name change. Beginning this year, it is officially the Washington State Fair. Started in 1900, the fair is the largest in the state and has been a beloved September tradition for generations of family fun and memories.

Many people already consider the Puyallup Fair to be the unofficial state fair in Washington. After all, it has been the largest fair in the state for over half a century. Newcomers to Washington do not always know this fact and that the fair is also one of the largest in the country. Some people associate the fair with a smaller town, not realizing it hosts over one million visitors during its 17-day run each September.

“We still have all the traditional things people love—a variety of vendors, three stages, a lot of animal and agriculture shows, and we have many youth activities going on. And of course we have the rides, the delicious fair foods and the family fun that all have enjoyed since 1900,” said Karen LaFlamme, public relations counsel for the fair.

This year, the fair also adds a nightly laser light show with music, three cirque-style shows, an urban market, and a newly remodeled and moved “piglet palace” to delight attendees. The grandstand lineup will include big names in music such as Carrie Underwood, Trace Adkins and Cee Lo Green.

LaFlamme recommends looking up the fair’s online planner for information about the fair schedule, advance- purchase discount tickets and special activities going on all season long.