When the Asia Pacific Cultural Center (APCC) was formed in 1996 it was intended to fulfill a deep need as a place that brought together significant segments of minority Americans of Asian and Pacific Islander heritage. For more than two decades, the APCC has taught and celebrated the cultural history, customs, arts, crafts, people and legends from their 47 represented nations. And it has been a hub for so many people to gather and celebrate. To be entertained. To show their pride. And to help each other.

Helping each other is one of the major missions of the APCC. And, help they do. Whether it is assistance in filling out government forms to start a new business or nonprofit to guiding members in understanding complicated regulations, the APCC is there to help. The organization knows they are trusted because they look like their members and speak their language. They form a comfort zone and have the capacity and earned trust to improve their members’ lives.

Through phenomenal support from their sponsors, the APCC puts on a vast number of annual events that entertain and educate. But the APCC is also a vigorous political engine ensuring that laws and issues impacting their members are given due consideration. Seeing a need to help with youth issues, the APCC has created many wraparound youth programs in the local schools. Reducing stress for youth begins and ends with reducing stress on their parents. This is accomplished by the APCC through housing and food assistance, two of the biggest stressful issues for any family.

As the APCC approaches its 25th Anniversary, it continues to expand its role in the community and, of course, add more entertainment opportunities including a new Thailand Day in June.

Asian Pacific American Heritage Month, now officially proclaimed Asian American and Pacific Islander Heritage Month, takes place in May. It celebrates the culture, traditions, and history of Asian Americans and Pacific Islanders in the United States. Here in the South Sound area, the Asia Pacific Cultural Center (APCC), located in Tacoma, will be celebrating the month in a variety of ways.

Kicking off the celebrations on May 2nd will be Korea Day and the Center’s monthly Taste of Asia event to feature Korean preparations. Both events will be held at the APCC located on South Tacoma Way. Throughout the month, the APCC will be bringing several activities to the local grade schools to ensure students are connected to their culture and educating others about the artistry, history, business protocols and social practices of this vast group of 47 nations across Asia and the South Pacific.

Executive Director of the Asia Pacific Cultural Center, Faaluaina Pritchard of Lakewood is, as expected, passionate about the organization whose mission is to bridge community and generations through art, culture, education and business. According to Pritchard, “The organization serves as an interactive cultural crossroads between local and international communities. We are more than just art as entertainment.”

The local government and business communities also view the APCC’s mission vital as evidenced by their sponsorship and support. Notable partners include the City of Tacoma Arts Commission, the National Endowment of the Arts, Arts of Washington and the Asian Counseling and Referral Service. Business partners include MultiCare, Alaska Airlines, Columbia Bank, Group Health Foundation, Pierce College and Catholic Community Services, to name a few.

The Asia Pacific Cultural Center was founded in 1996 through the vision of three generations of Americans with Asian and Pacific Island heritage.

Every year the Asia Pacific Cultural Center presents a free New Year Celebration! In 2019 the 21st annual event will take place on Feb. 9 from 11 a.m. to 6 p.m. at the Tacoma Dome Exhibition Hall.

Thousands of people are drawn to this culturally significant one-day event. Forty-seven countries and their cultures are represented, all in one big interactive family celebration.

A different country or culture is featured every year. This time the spotlight will be on the beautiful Hawaiian Islands and their culture through dance, food, fashion and entertainment.

The Hawaiian performances will be followed by extensive entertainment from the many different countries and cultures that APCC represents. South Sound residents are invited to engage in exciting dances and delight in the colorful costumes.

Besides entertainment, the celebration includes an array of food choices from different cultures. There are hands-on activities for the children and families, along with many demonstrations of martial arts and dances on the cultural demo stage.

Additionally, attendees can visit over 100 booths covering services, charitable organizations, retail, travel and other offerings from the many cultures.

This fun event is full of activities for the whole family. To learn more, visit asiapacificculturalcenter.org. 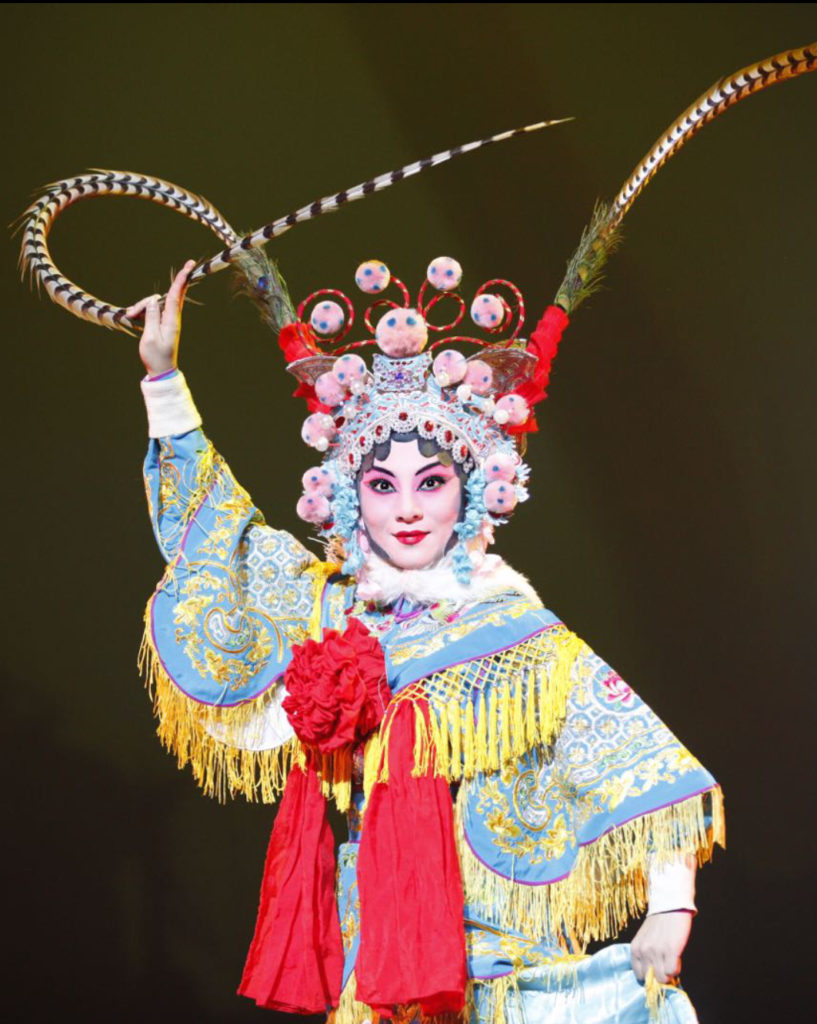 ience members will be mesmerized by a cast of acclaimed performers as Thousand Faces Chinese Opera comes to Pantages Theater in Tacoma on May 13. One of the oldest dramatic art forms, Chinese opera has developed into unique regional styles. It has evolved beyond the tradition of singing and dancing to incorporate skillful visual elements. These include face changing, martial arts, acrobatics and even fire breathing.

Yu Long, who has perfected her craft of face changing over 30 years, explains her art as quick, accurate and beautiful. Spectators might call it magical and mysterious. In face changing, the artist wears a silk face mask to represent a character or emotion. During the performance the mask is changed repeatedly with the slightest movement and imperceptibly to the eyes of the audience.

Long was born and raised in Chengdu, the birthplace of Sichuan opera. She pleaded with officials to allow a woman to study the art of face changing. Previously only men were allowed. Her dedication led to her being recognized by the Chinese government as the only national “female inheritor” of Sichuan opera.

Thousand Faces Chinese Opera will be performed in Seattle on May 12 and Tacoma on May 13. The performances are sponsored by the Asia Pacific Cultural Center, America Long Yu Chinese Traditional Culture and Face Changing Art Academy, Confucius Institute of the State of Washington, and .

For more information or to purchase tickets, call the Asia Pacific Cultural Center at 253.383.3900 or visit asiapacificculturalcenter.org/chineseopera. by Julie leydelmeyer

Since 1996 the Asia Pacific Cultural Center has been working toward establishing a permanent home for itself in Tacoma. Throughout the years the APCC has been housed in several buildings in the Tacoma area, hoping the whole time for a permanent location best suited to its needs.

The APCC represents about 47 countries and educates the public about the rich cultures within each one. It hosts a number of programs and events throughout the year. On the first Saturday of each month this year, for example, the public is invited to the Taste of Asia 2017 cooking series. In September the APCC presents the Korean ChuSeok Festival. This November it will host a tour of Thailand.

In seeking a new home, the APCC has had difficulty raising adequate funding. Those who have been supporting the project since 1994 believe one of the most exciting opportunities for the project so far has come through five donated acres at Point Ruston on Commencement Bay.

According to a July 21, 2017 article in The News Tribune by reporter Jared Brown, the center would ideally feature gardens, a theater, a food area, grocery store, and housing, for a total of $94 million. Yet the land donation wouldn’t allow the APCC to construct all of these elements. Without the housing units and grocery store, the new set price would be $61 million. Those involved in the development of the center, wrote Brown, are hoping to draw a large sum of that goal from a federal program designed to attract foreign investment into job-creating projects in return for a fast-tracked visa.

Faaluaina Pritchard, APCC executive director, reports that $400,000 in cash or pledges has been raised to date. Donations are welcome on the APCC’s website: asiapacificculturalcenter.org. As stated there, the project’s mission is “to bridge communities and generations through arts, culture, education, and business.” Ensuring a permanent home will propel the center to carry out this mission to much of the greater Puget Sound area. by Jordan Marie Martinez 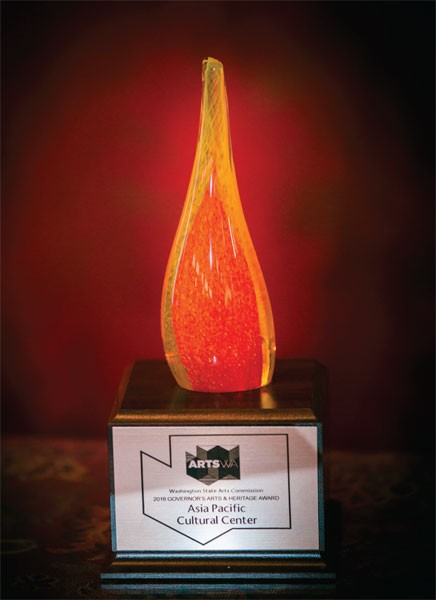 Washington’s governors began the tradition of honoring artists, arts organizations, arts educators and cultural leaders in 1966 with the Governor’s Arts Awards. Heritage Awards were added in 1989 to honor tradition bearers and heritage organizations. Coordinated by the Washington State Arts Commission, or ArtsWA, the awards are some of the most prestigious bestowed by the governor.

Six awards will be presented at this year’s awards dinner at the Museum of Glass in Tacoma on Nov. 14 from 6 to 9 p.m. The public is invited to attend.

For the last three years the awards event has taken place in Seattle, Hanan said. “We’re excited to bring the dinner to Tacoma and invite all to come support this year’s extraordinary recipients.”

Relay for Life July 11 Virtual Event secure.acsevents.org COVID-19 has changed the way we Relay. But with everyone’s support, we can make sure the fight to end cancer doesn’t stop. Ask your friends and family[...]
7:30 pm OZZY OSBOURNE
OZZY OSBOURNE
Jul 11 @ 7:30 pm