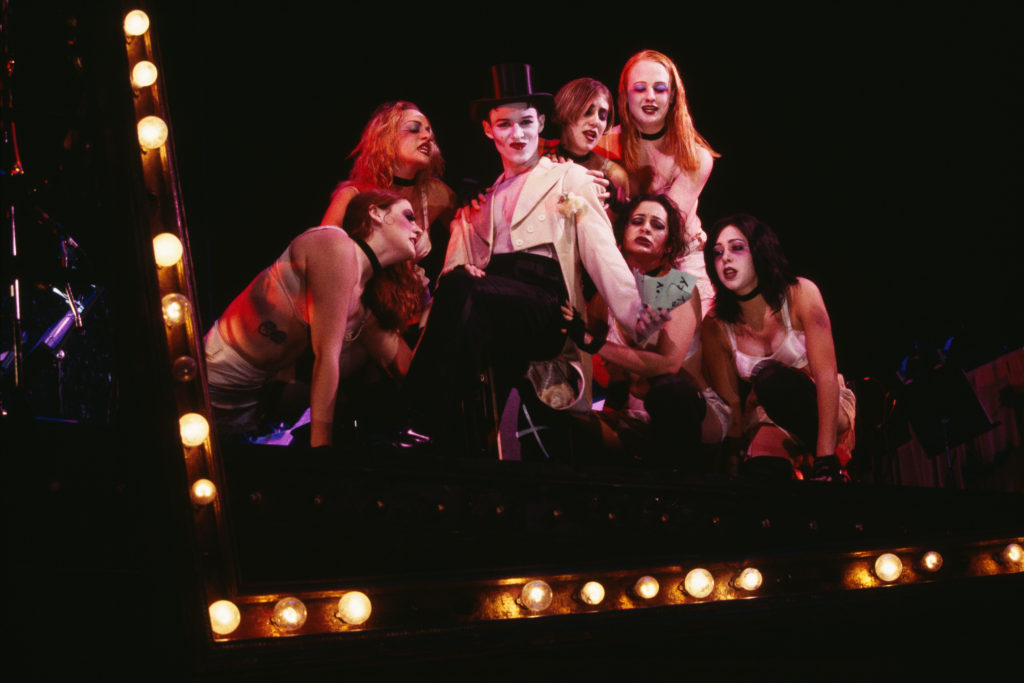 Based on Roundabout Theatre Company’s Tony Award®-winning production, SAM MENDES (Skyfall, American Beauty) and ROB MARSHALL’s (Into the Woods and Chicago, the films) CABARET comes to the Pantages Theater on April 10.

Welcome to the infamous Kit Kat Klub, where the Emcee, Sally Bowles and a raucous ensemble take the stage nightly to tantalize the crowd – and to leave their troubles outside. But as life in pre-WWII Germany grows more and more uncertain, will the decadent allure of Berlin nightlife be enough to get them through their dangerous times?

Come hear some of the most memorable songs in theatre history, including “Cabaret,” “Willkommen” and “Maybe This Time.” Leave your troubles outside – life is beautiful at CABARET – JOHN KANDER, FRED EBB and JOE MASTEROFF’s Tony-winning musical about following your heart while the world loses its way.

There’s nothing like the musical musings of beloved classics. On Saturday, Jan. 27, Grammy award-winning singer-songwriter Marc Cohn and the Blind Boys of Alabama will bring theirs to Tacoma’s Broadway Center for the Performing Arts.

Cohn’s fans will surely come to hear their favorites from his cache of visionary songwriting. Celebrating the 25th anniversary of his platinum-selling debut album, Cohn will be playing through all of the nostalgic, original classics from that self-titled album.

In an interview with Park Record earlier this year, Cohn said, “I never take for granted that I have an audience, and I’m very grateful for that. So I try to play the songs my fans come to hear.” He added that some artists hate it when there are certain things that are expected, “but it doesn’t bother me at all.”

The key to staying fresh throughout his career, he says, is trying new things with his older stuff. His most recent album release, last year’s Careful What You Dream: Lost Songs and Rarities, featured a collection of demos written and recorded in his early years. Cohn talked about it in an interview with The Sacramento Bee, saying he’d somehow forgotten about those songs. That album, he says, has old demos with songs that his fans know, and also “10 or twelve songs that nobody knows.”

In concert with Cohn, the Blind Boys of Alabama will bring their own arsenal of exciting and traditional southern music. After decades and decades of their southern roots style, today they’re easily recognized as an innovative gospel-style, southern rock band. by Jordan Marie McCaw

Marc Cohn with the Blind Boys of Alabama 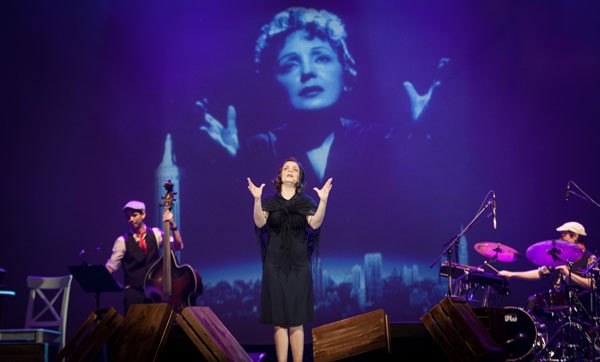 With the days shortening and the weather getting cooler, now is the time to plan your fall arts calendar. No matter what you are interested in, you’ll find outstanding performances in the South Sound this autumn. We’ve selected a few standouts that you shouldn’t miss.

POWERHOUSE VOCALS
Experience a night of electrifying music that traces the journey of American superstar Janis Joplin in A Night with Janis Joplin. You get two chances to see this amazing performance that celebrates the queen of rock ’n’ roll at either the Pantages in Tacoma or the Washington Center for the Performing Arts in Olympia.

More amazing vocals are on stage in Piaf! The Show coming to Olympia in October. Focused on legendary Parisian chanteuse Edith Piaf, known as “the swallow of Montmartre,” the show follows the ragsto-riches story of the singer’s career through unforgettable songs, complemented by historical photographs from a bygone day.

LAUGHTER IS THE BEST MEDICINE
Are current events getting you down? A night of laughter awaits with The Capitol Steps at the Pantages. “Putting the mock in democracy,” this performance will have you rolling in the aisles as Hillary Clinton sings a show tune, President Trump performs a rock ballad or Chris Christie dances ballet. This lighthearted show will certainly put a smile on your face.

Once you get the taste for comedy, you may be interested in checking out other comedic offerings such as the semifinal round of the Seattle International Comedy Competition at the Washington Center for the Performing Arts, and stand-up star in the making Hari Kondabolu, who has performed on Jimmy Kimmel Live and The Late Show with David Letterman and who just released his second comedy album with major success.

BACK TO CLASSICS
The brand-new Federal Way Performing Arts Center opens its inaugural season with RAIN: A Tribute to the Beatles. It’s been 50 years since Sergeant Pepper’s Lonely Hearts Club Band was released and here’s your chance to be immersed in Beatlemania.

Other classics offered this fall include Tacoma Musical Playhouse’s Footloose, Symphony Tacoma’s West Side Story, Lakewood Playhouse’s all-kid performance of Alice in Wonderland, and a chance to belt out “Tomorrow” at the Sing-a-long Annie show at the Washington Center for the Performing Arts.

You don’t need to go far for great performances that will keep your evenings entertaining this fall. The South Sound is full of amazing choices, so book your tickets soon.

THE WASHINGTON CENTER FOR THE PERFORMING ARTS
washingtoncenter.org 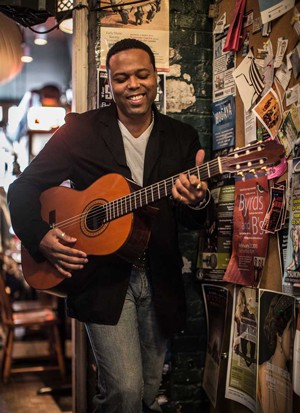 Born into a musical family in Cuba, Adonis Puentes began playing guitar at the age of 6. By the time he was 14, the virtuoso was singing and writing his own music. Nominated for a Juno Award and a Latin Grammy, the singer/songwriter became a great Cuban Sonero very early in life. Sonero is the top honor for a Latin performer and one that Puentes holds dear to his heart.

“I’m a messenger of my Cuban heritage and tradition,” says Puentes, who has traveled to Cuba many times to cultivate those roots. He describes his music as “fusion with Cuban roots.” This is a deep and abiding heritage, he says, especially the síncopa—that fusion between the African and Spanish cultures.

His 2014 album Sabor A Café certainly exudes a Latin flavor with a hint of Afro jazz. Each song reaches the soul with lyrics about heartbreak, forgiveness and even love that endures. During a performance, you will find it difficult to sit still as these original compositions and rhythms lure you to your feet.

“Watching Adonis perform live is a remarkable experience,” says David Fischer, executive director of the Broadway Center for the Performing Arts in Tacoma. “He is a performer of vibrant energy, combining the many layers and musical style of Buena Vista Social Club, with the charisma of Desi Arnaz. On stage with the all-acoustic voice of Cuba Orchestra, his voice mingles with the piano, bass, horns, and guitar, creating this vibrant, rich, unforgettable sound. It’s fantastic!”

With his goal to bridge generations and culture, Adonis Puentes and the Voice of Cuba Orchestra is one performance you won’t want to miss. They will perform at the Rialto Theater on Friday, Jan. 30, 2015, at 7:30 p.m. For ticket information, visit broadwaycenter.org.